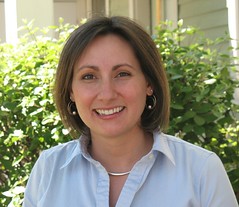 With sincere appreciation for her 20 years of service to the Roundtable, members hosted a farewell reception for Beth Volker in May. One month later, President Lisa Ventriss was pleased to hire Sherra Bourget as the Roundtable’s new office manager.

Although Sherra originated in the flats of Indiana, she grew up in Northern Virginia just outside of Washington D.C. and moved to pastoral Vermont in 1999.

Prior to joining Vermont Business Roundtable, Sherra worked at Sammel Sign Company as its full-time graphic designer. She now splits her time between both organizations and is excited for the opportunity to service and network with so many great Vermont businesses.  With a keen interest in branding and the ever-changing marketing landscape, she is especially thrilled to be helping the Roundtable step into a new era of networking through electronic communications.